A GTA fan has created a new GTA 6 map featuring all the classic cities that have featured in past games so far. Although the map is rather nostalgic, it is curious what it can offer in terms of gameplay.
According to expectations and rumours, GTA 6 will pass at many venues we know from previous games, including Vice City, Liberty City and San Fierro. Although these claims are not supported by any official confirmation, it is a fact that the players are quite receptive to the idea. This is exactly why a GTA fan has created a new and improved map that brings all these classic cities together.

Here's the map designed by a GTA fan: 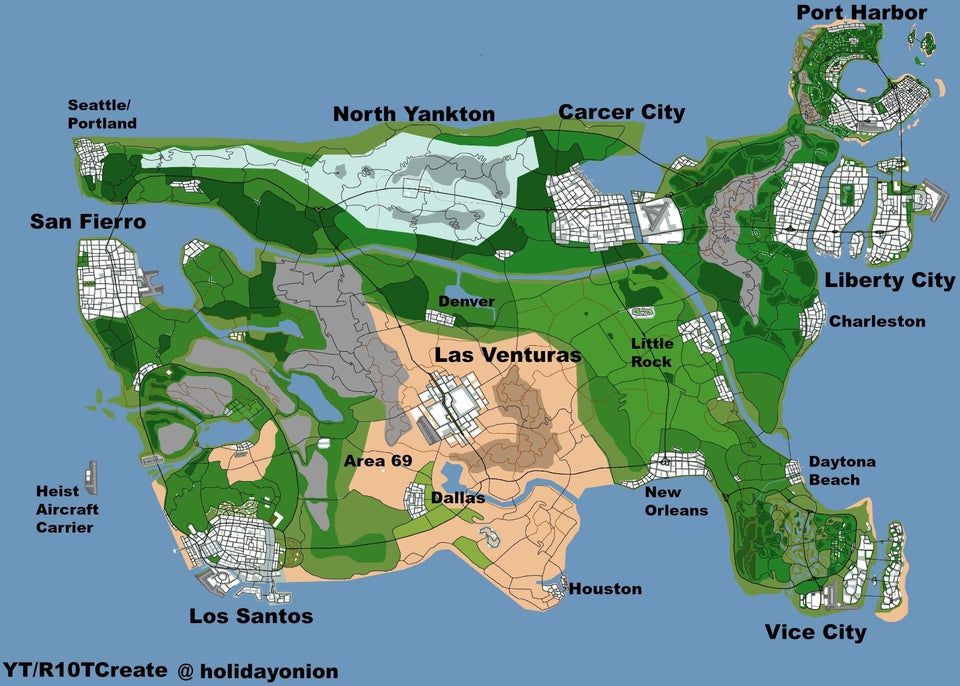 The map, created by a fan, includes old favorite GTA cities, as well as several new venues that have never been featured in the GTA before. At this point, New Orleans, Houston, Dallas, Denver and Seattle/Portland seem to be the new ideas of the person who created the map. Yet we can say that some iconic US cities, such as Chicago and Washington, have been overlooked.

As beautiful as this map may seem, the most important question is how it will work in terms of gameplay. At this point there is a very large area covered by more barren, less used rural land rather than a real GTA map that has always focused on big cities. This causes the map to become dysfunctional in terms of gameplay.

It is unknown how the highly anticipated GTA 6's map will be, but it will probably be loved by gamers. After all, Rockstar Games hasn't released a new GTA game since 2013, and we're hopeful that it has considered every detail of the new game to its finest detail. We can only get the answers to these questions when the game comes out.