Skip to the content
Forums
Forum Category
Game World
PlayStation Is The ...

PlayStation Is The Console Brand With The Most Loyal Fan Base, According To A Study

After Sony and Microsoft announced their next-generation hardware, the console wars are flaring up again. A study has revealed that PlayStation fans are the most loyal audience to the brand.
Console players are usually committed to the brand of the device they use, and sometimes show this loyalty more than in the debate. A survey revealed which console community was the most loyal. PlayStation fans became the most connected audience to the brand of the product they used.

BestSEOCompanies conducted a survey of 1,008 people, examining many brands and products to determine which brand has the most loyal fan base. On the gaming platforms side, 40.7 percent of those who own PlayStation out of the participants said they were loyal to Sony's console, bringing PlayStation to the top. The Microsoft Xbox was second with 31 percent loyalty. Nintendo has unexpectedly won the loyalty of 30.4 percent of its users. 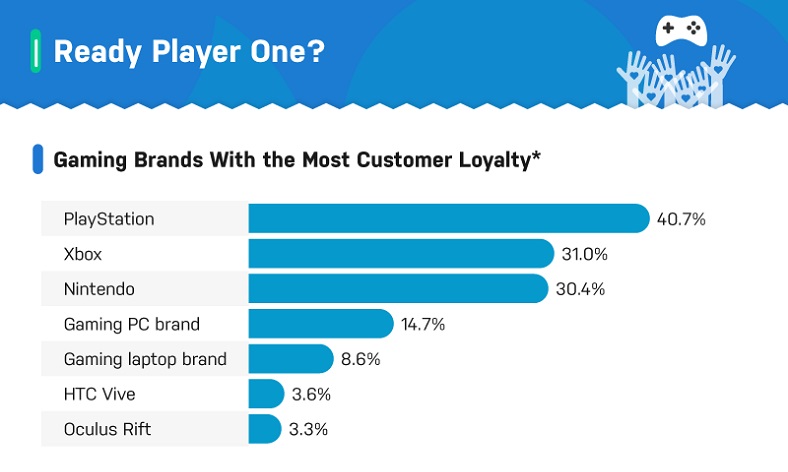 Nintendo may have entered the video game world earlier than Sony or Microsoft, but the PlayStation series has dominated the console market for many years. PlayStation is now the biggest selling console brand of all time. According to the study, one in every three people planned to buy the PS5, while one in every four people indicated they wanted to buy the Xbox Series X. An 8 percent said they planned to take both.

Finally, let's also mention that the brands of player computers fall in class at the point of loyalty. Players are loyal to desktop gaming computer brands by 14.7 per cent and player laptops by 8.6 per cent. Google's game streaming platform Stadia did not even appear on the list. Although it is an interesting statistic, it is debated just how accurate a survey of a thousand people yields results.